Eric Brechner has been coaching development leads, managers, architects, experts, students, and his own employees for over 25 years. After teaching at Rensselaer Polytechnic Institute and the University of Washington, and being a Microsoft development lead and development manager, Eric became Microsoft’s first full-time Development Manager & Leads Coach in 2001. At one point, he had coached one-third of all dev leads and half of all dev managers at Microsoft. Many became directors, distinguished engineers, and even corporate vice presidents. Eric went on to become the Microsoft Director of Engineering Learning and Development, before returning to his favorite role as a development manager.

Eric has been a Microsoft development manager or lead for DevDiv (makers of Visual Studio), Office, Xbox, Windows, and Azure. Before joining Microsoft in 1995, Eric was a senior principal scientist at The Boeing Company, where he worked in the areas of large-scale visualization, computational geometry, network communications, data-flow languages, and software integration. He was the principal architect of FlyThru, the walk-through program for the 20-gigabyte, 500+ million-polygon model of the Boeing 777 aircraft.

Eric has also worked in computer graphics and CAD for Silicon Graphics, GRAFTEK, and the Jet Propulsion Laboratory. During high school summers, Eric wrote finance software for Bank Leumi in New York. He holds eight patents, has written two books, earned a B.S. and M.S. in mathematics and a Ph.D. in applied mathematics from Rensselaer Polytechnic Institute, and was a certified performance technologist. Eric is widely known within the engineering community as his alter ego, I.M. Wright, and is an affiliate professor at the University of Washington’s Bothell campus.

Outside work, Eric is a husband and proud father of two sons. His appreciation for disability issues in the workplace is personal. Eric has dyslexia, and his younger son has autism. He works on autism insurance benefits and serves on the University of Washington Autism Center advisory board. In the few remaining minutes of his day, Eric enjoys going to Seattle Mariners games and reading psychology, economics, and science fiction books. 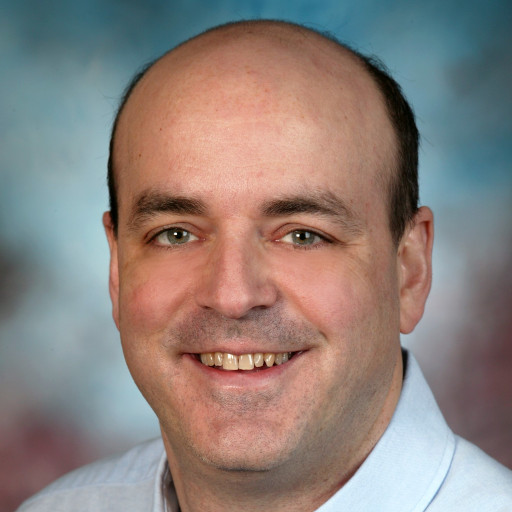 I found instant connection with Eric and felt he understood my struggles and felt safe and encouraged to get his advice.

I’ve had the pleasure of working with Eric for many years.

[Eric] started mentoring me when I was a senior developer struggling to find ways to find room for myself on projects dominated by territorial coworkers.

The leadership and mentorship Dr. B provided gave me confidence and constructive suggestions.

Eric is kind-hearted, loyal, and is a good listener who often provides the kinds of fresh perspectives and new ideas that are so valuable to those learning to move up in an organization.

[Eric] helped me become an educator, and exposed me to a whole new set of engineering methodologies, which I then used to enhance the capabilities of numerous engineers across the planet.

Eric is not only an excellent software engineer and leader, but also an experienced, brilliant, and genuine mentor.

Eric is not only an excellent software engineer and leader, but also an experienced, brilliant, and genuine mentor. He has interests far beyond software, and we often discussed books in many genres–he recommended some that I found fascinating. Working with him has vastly broadened my horizons, and I view him as a trustworthy friend.

Eric helped me to understand what I needed to learn to grow my career, and gave me the resources, detailed feedback, and literally, the space to do it.

[Eric] made sure that I did not let my disability dictate how I worked or limit what I could achieve.

He’s the kind of manager/mentor that you’ll want to keep working with.